Roger (without the hat) bikes his friend to work.

Roger is a 19 year old kid from a small fishing village in Nicaragua. He learned to surf on handed-down equipment and fell in love with the ocean. A few months ago I realized I hadn’t seen him in the water, then he showed up on a boogie board. He had injured his knee and needed surgery but couldn’t afford it. His mom sells fish. His dad’s not around. His 24 year old brother recently died from an incurable blood disease caused by exposure to pesticides while working in the sugar cane fields. Years of fishing with dynamite has so diminished the ecosystem that earning a living as a pescador is nearly impossible. One of the only opportunities for employment is in construction where the daily wage is five dollars. He’s stoked on the gringos coming down and building houses because they give him surf equipment and a job. 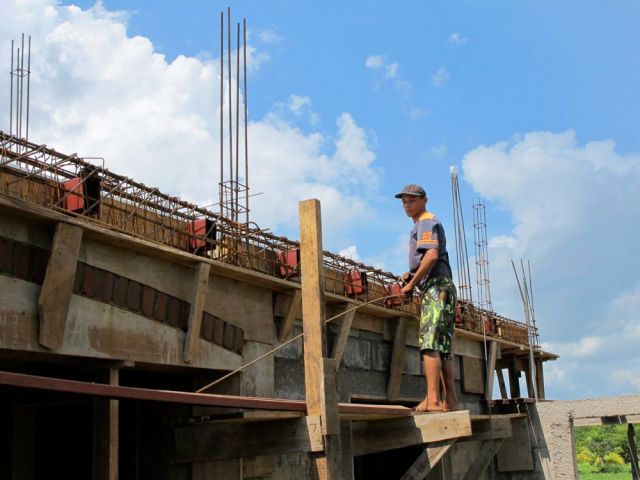 Roger, working construction at a rate of $5 per day

A few weeks later he ditched the boogie board and was trying to surf through the pain. He was probably doing more damage but he’s a surfer and couldn’t stand being out of the water. I asked how much the surgery cost and he said it was more than he could ever afford at $1,200. I told him I’d hire him for the day to accompany me on the 6 hour round trip drive to Managua to get my dog fixed and he was happy to help. He’s such a good kid and a great surfer, I promised him I’d figure out a way to help him raise the money.

Lately I’ve been freeing myself of stuff. I realized the garage of my parent’s house was filled with every wetsuit I had ever worn in my life as well as quite a few suits that used to belong to my sisters, plus rusted forgotten bikes, and old dinged surfboards. My sister Heidi volunteered to help me sell it all and I decided to donate all the money raised to Roger. 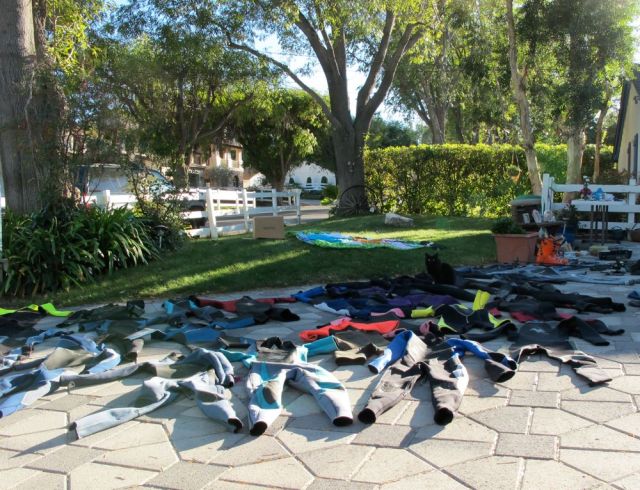 We were able to raise $600! We’ve received a few other donations from friends, but still have a little ways to go to get to our goal. If you’d like to help Roger, email me! hollybeck27@hotmail.com 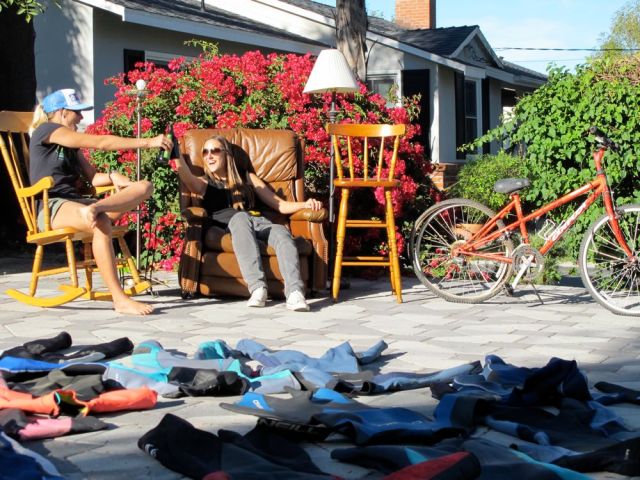 Thanks for your help Heidi!

This entry was posted in Giving Back and tagged donate, holly beck, nicaragua, volunteer. Bookmark the permalink.

3 Responses to Raising Money for Roger